Dedicate Yourself To God

Once Jeroboam took charge of his kingdom, he decided to get rid of any dedication to Yahweh that he could find (1 Kings 12:25-33).  His reason for this was based on poor counsel and his lack of belief in God’s promises (1 Kings 11:36-39).  He feared that when the people of Israel went to worship God at the temple in Jerusalem, in the Kingdom of Judah, that this “oneness” of worship would help unite the two kingdoms back into one and he would lose his reign (1 Kings 12:28).  So, he built two golden calves and put one in the Northern parts of Israel and one in the Southern parts of Israel (1 Kings 12:28-33).  He told the people that these were the god(s) who brought them out of Egypt so many years before.  With this, and other atrocities, Jeroboam committed great sins against God.

Evidently, the priests and Levites who resided in the Northern Kingdom of Israel, after the split, where kicked out of their inheritance by Jeroboam and forced to move down to the Kingdom of Judah (2 Chron. 11:13-17).  They represented something distasteful to Jeroboam – God Himself.  Since the priests of God and Levites were people who were dedicated to God, they stood in the way of Jeroboam’s dreams – complete control of “his” people.  Does God’s community, or lack thereof, actually have an effect on a population of people (cf. Mt. 5:13-16; 28:18-20; Acts 1:8; Eph. 5)?  According to this story, about Jeroboam and Rehoboam, and many others, God's community does have an effect on the population.  One of the ways, the best way, to counter problems within any society is to make sure that YOU dedicate yourself to God.  Look at David’s charge to Solomon (1 Kings 2:1-4; 1 Chron. 28:9ff).  Look at the apostle John’s charge to the churches (Rev. 2-3).  Look at God’s charge to David (2 Sam. 17:12-16).  Look at God’s charge to Cain (Gen. 4).  Look at God’s charge to all people (Rom. 1:18ff).  People of God should always consider the things of God higher than anything else. 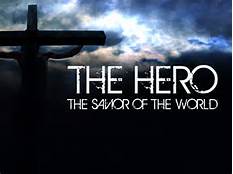